The first being the unveiling of a portrait of the six original people who initiated the Club in the early 1960s. 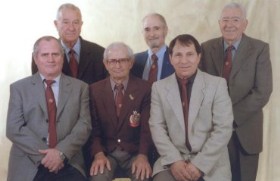 In the past the Club had not named the yearly award, accordingly and on the occasion of the 40th Anniversary it was decided that the award should be named after a player who had made an exemplary contribution to the Club

The award was named ‘The Basil Scarsella Medal’

The Club is very honoured, and proud, that Basil consented to the use of his his name for the medal

With over 30 years of playing and administrative service to the sport, Basil is a ‘Player Life Member’ of the Club and also a ‘Life Member’ of both Soccer Australia and the South Australian Soccer Federation 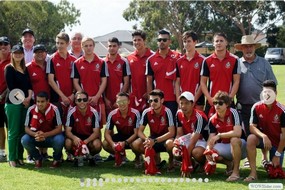